How to Install Kubernetes on Mac

This is a step-by-step guide to installing and running Kubernetes on your Mac so that you can develop applications locally.

You will be guided through running and accessing a Kubernetes cluster on your local machine using the following tools:

The only pre-requisite for this guide is that you have Homebrew installed. Homebrew is a package manager for the Mac. You’ll also need Homebrew Cask, which you can install after Homebrew by running brew tap caskroom/cask in your Terminal.

Install Docker for Mac. Docker is used to create, manage, and run our containers. It lets us construct containers that will run in Kubernetes Pods.

Install VirtualBox for Mac using Homebrew. Run brew cask install virtualbox in your Terminal. VirtualBox lets you run virtual machines on your Mac (like running Windows inside macOS, except for a Kubernetes cluster.)

Skip to step three if everything has worked to this point.

In my case, I already had the non-Homebrew VirtualBox app installed which caused issues when trying to start minikube.

If you happen to have VirtualBox already running when you do this, you could see an error saying Failed to unload org.virtualbox.kext.VBoxDrv — (libkern/kext) kext is in use or retained (cannot unload).

This is because the kernel extensions that VirtualBox uses were in use when the uninstall occurred. If you scroll up in the output of that command, beneath Warning! Found the following active VirtualBox processes: you’ll see a list of the processes that need to be killed.

Now re-run brew cask reinstall virtualbox and it should succeed.

Install kubectl for Mac. This is the command-line interface that lets you interact with Kuberentes. Run brew install kubectl in your Terminal.

Install Minikube via the Installation > OSX instructions from the latest release. At the time of writing, this meant running the following command in Terminal…

Minikube will run a Kubernetes cluster with a single node.

Everything should work! Start your Minikube cluster with minikube start . Then run kubectl api-versions . If you see a list of versions, everything’s working! minikube start might take a few minutes.

At this point, I got an error saying Error starting host: Error getting state for host: machine does not exist. because I had previously tried to run Minikube. You can fix this by running open

/.minikube/ to open Minikube’s data files, and then deleting and deleting the machines directory. Then run minikube start again. 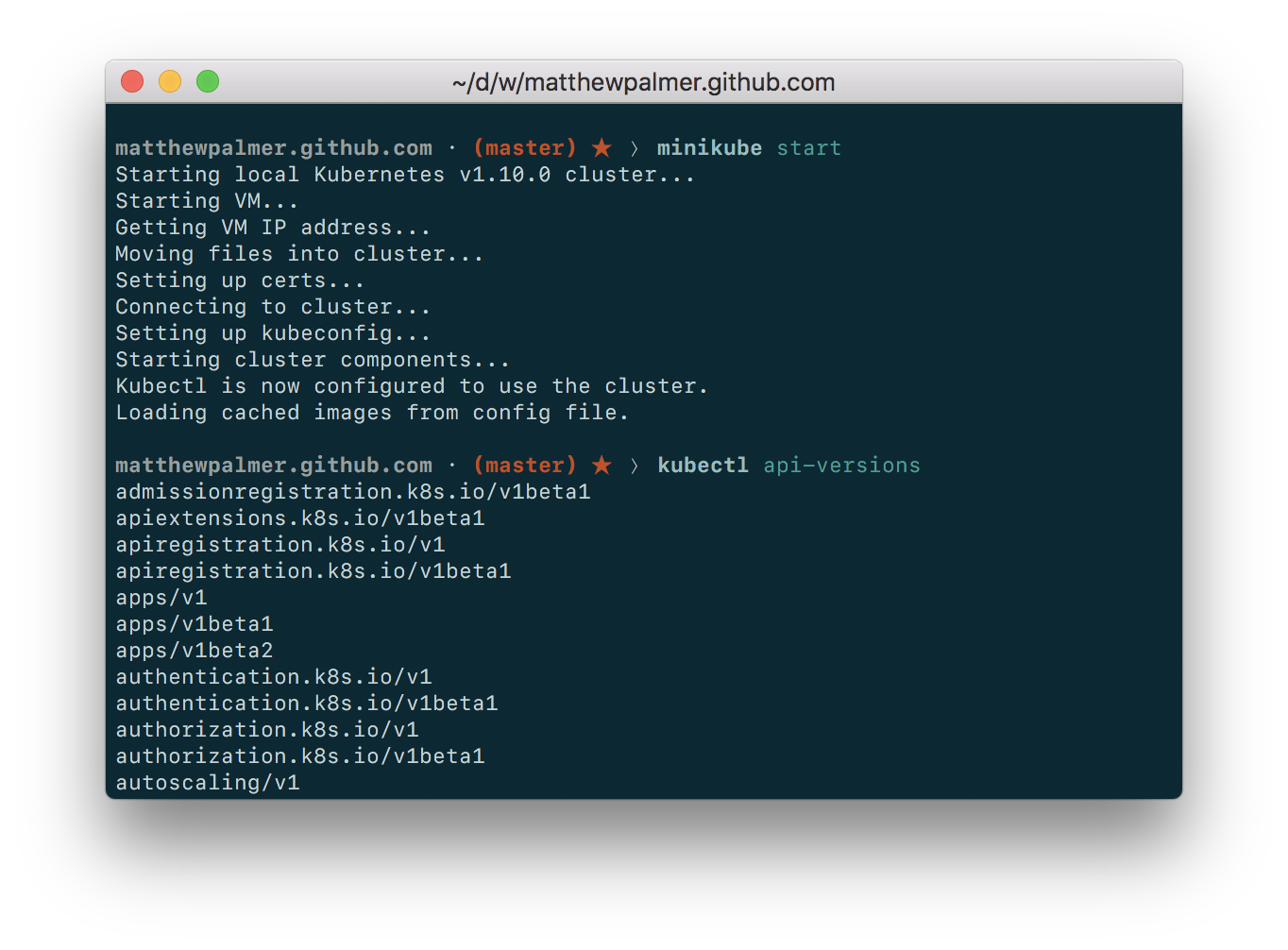 You’ve installed all these tools and everything looks like it’s working. A quick explanation of how the components relate is needed. 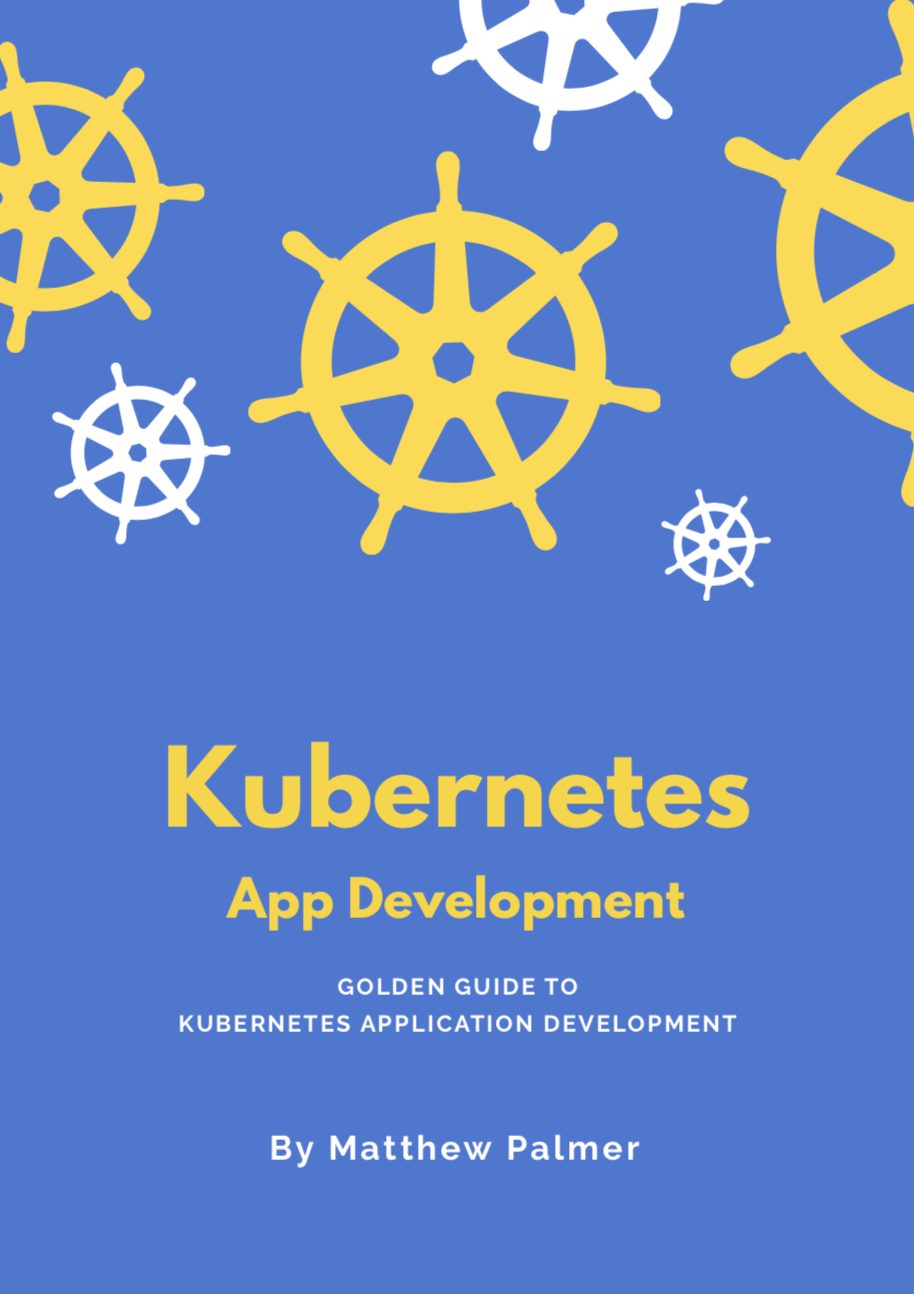 Learn Kube Faster.
Get the #1 guide.

Get my book on Kubernetes for software developers, used by engineers at Google, Microsoft, and IBM.

The Kubernetes command-line tool, kubectl, allows you to run commands against Kubernetes clusters. You can use kubectl to deploy applications, inspect and manage cluster resources, and view logs. For more information including a complete list of kubectl operations, see the kubectl reference documentation.

kubectl is installable on a variety of Linux platforms, macOS and Windows. Find your preferred operating system below.

kind lets you run Kubernetes on your local computer. This tool requires that you have Docker installed and configured.

The kind Quick Start page shows you what you need to do to get up and running with kind.

Like kind , minikube is a tool that lets you run Kubernetes locally. minikube runs a single-node Kubernetes cluster on your personal computer (including Windows, macOS and Linux PCs) so that you can try out Kubernetes, or for daily development work.

You can follow the official Get Started! guide if your focus is on getting the tool installed.

Once you have minikube working, you can use it to run a sample application.

You can use the kubeadm tool to create and manage Kubernetes clusters. It performs the actions necessary to get a minimum viable, secure cluster up and running in a user friendly way.

Installing kubeadm shows you how to install kubeadm. Once installed, you can use it to create a cluster.

Was this page helpful?

Thanks for the feedback. If you have a specific, answerable question about how to use Kubernetes, ask it on Stack Overflow. Open an issue in the GitHub repo if you want to report a problem or suggest an improvement.

Install and Set Up kubectl on macOS

You must use a kubectl version that is within one minor version difference of your cluster. For example, a v1.25 client can communicate with v1.24, v1.25, and v1.26 control planes. Using the latest compatible version of kubectl helps avoid unforeseen issues.

The following methods exist for installing kubectl on macOS:

For example, to download version v1.25.0 on Intel macOS, type:

And for macOS on Apple Silicon, type:

Validate the kubectl binary against the checksum file:

If valid, the output is:

If the check fails, shasum exits with nonzero status and prints output similar to:

Move the kubectl binary to a file location on your system PATH .

Or use this for detailed view of version:

Install with Homebrew on macOS

If you are on macOS and using Homebrew package manager, you can install kubectl with Homebrew.

Install with Macports on macOS

If you are on macOS and using Macports package manager, you can install kubectl with Macports.

In order for kubectl to find and access a Kubernetes cluster, it needs a kubeconfig file, which is created automatically when you create a cluster using kube-up.sh or successfully deploy a Minikube cluster. By default, kubectl configuration is located at

Check that kubectl is properly configured by getting the cluster state:

If you see a URL response, kubectl is correctly configured to access your cluster.

If you see a message similar to the following, kubectl is not configured correctly or is not able to connect to a Kubernetes cluster.

For example, if you are intending to run a Kubernetes cluster on your laptop (locally), you will need a tool like Minikube to be installed first and then re-run the commands stated above.

If kubectl cluster-info returns the url response but you can’t access your cluster, to check whether it is configured properly, use:

kubectl provides autocompletion support for Bash, Zsh, Fish, and PowerShell which can save you a lot of typing.

Below are the procedures to set up autocompletion for Bash, Fish, and Zsh.

However, the kubectl completion script depends on bash-completion which you thus have to previously install.

The instructions here assume you use Bash 4.1+. You can check your Bash’s version by running:

If it is too old, you can install/upgrade it using Homebrew:

Reload your shell and verify that the desired version is being used:

Homebrew usually installs it at /usr/local/bin/bash .

You can test if you have bash-completion v2 already installed with type _init_completion . If not, you can install it with Homebrew:

As stated in the output of this command, add the following to your

Reload your shell and verify that bash-completion v2 is correctly installed with type _init_completion .

You now have to ensure that the kubectl completion script gets sourced in all your shell sessions. There are multiple ways to achieve this:

Source the completion script in your

Add the completion script to the /usr/local/etc/bash_completion.d directory:

If you have an alias for kubectl, you can extend shell completion to work with that alias:

If you installed kubectl with Homebrew (as explained here), then the kubectl completion script should already be in /usr/local/etc/bash_completion.d/kubectl . In that case, you don’t need to do anything.

In any case, after reloading your shell, kubectl completion should be working.

To do so in all your shell sessions, add the following line to your

After reloading your shell, kubectl autocompletion should be working.

To do so in all your shell sessions, add the following to your

If you have an alias for kubectl, kubectl autocompletion will automatically work with it.

After reloading your shell, kubectl autocompletion should be working.

If you get an error like 2: command not found: compdef , then add the following to the beginning of your

A plugin for Kubernetes command-line tool kubectl , which allows you to convert manifests between different API versions. This can be particularly helpful to migrate manifests to a non-deprecated api version with newer Kubernetes release. For more info, visit migrate to non deprecated apis 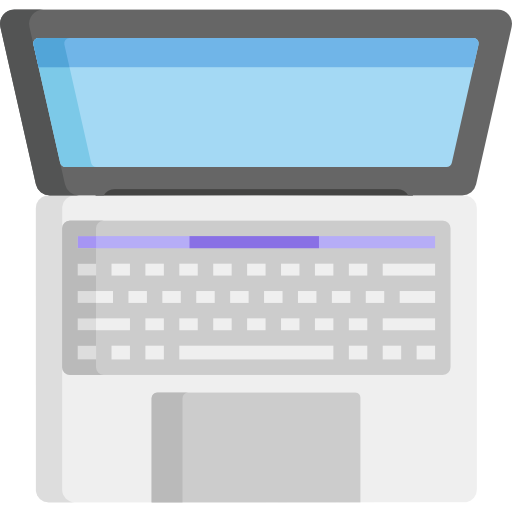